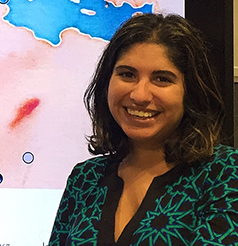 “Insurgent Academics: A Radical Account of Public Humanities” is my current book project, under contract with Johns Hopkins University Press for the Critical University Studies series.

In this moment of turmoil in U.S. higher education, public humanities scholarship is increasingly positioned as an intervention poised to recuperate the value of the humanities and, in turn, encourage reinvestment in the university as a public good. For all the compelling strategies proposed — outreach with communities outside of universities, communication strategies for engaging multiple publics, increased access to knowledge — a searing omission is clear: for over a century, African diaspora, Latinx, Indigenous, Asian American, and postcolonial scholars laboring both in and outside of universities have been undertaking such work. These tenure-line and contingent faculty, librarians, staff, administrators, and those working outside of universities are the unsung vanguard of public humanities scholarship.

Long before it was a survival strategy for the humanities and for higher education, public humanities was a survival tactic for these communities. Well before it was in vogue, these scholars undertook public humanities work at considerable risk to their careers — and still do. Thus, in the drive to recover the value of the humanities and demonstrate the importance of the university to diverse and doubting publics, it is imperative to correct this historical wrong by rewriting these scholars into the history — and present — of higher education and to learn from their instructive examples of how to transform institutions, communities, and the very nature of what it means to be an “academic.”

“Insurgent Academics” recovers the leading roles that African diaspora, Latinx, Indigenous, Asian American, and postcolonial scholars have played in the emergence of public humanities. The book explores historical and contemporary intellectual moves made by these scholars in the United States from the late 19th century to the present, uncovering a mode of intellectual labor in the humanities that I term “academic insurgency”: a subversive style of engagement in humanities knowledge production marked by fluid and flexible leaps between genres of writing; between public audiences, academic audiences, and community partners; between modes of scholarly communication; and between academic disciplines and temporalities. Academic insurgency weaves together the past, present, and future of public humanities knowledge production, connecting contemporary developments in public humanities within African diaspora, Latinx, Indigenous, Asian American, and postcolonial studies to a longer trajectory of interventions made by these scholars within and beyond the academy.

This lineage begins with professors’ protest literature of the late 19th and early 20th centuries, then continues with the academic trajectories of a range of minoritized scholars, including Ida B. Wells, Girindra Mukerji, Zora Neale Hurston, W.E.B. Du Bois, Lehman Brightman, Angela Davis, Grace Lee Boggs, Gloria Anzaldúa, Fred Ho, Audre Lorde, Martha Cotera, Helen Zia, Karthar Dhillon, Sylvia Wynter, bell hooks, Wilma Mankiller, Mallika Dutt, Devon Mihesua, and Chela Sandoval. Academic insurgency also manifested in movements in the 1960s, 1970s, and 1980s to establish Black and ethnic studies departments, as well as in the emergence of third world and postcolonial feminisms in the 1980s and 1990s. It endures today through initiatives such as the African American Digital Humanities Initiative, U.S. Latinx Digital Humanities, Indigenous data cultures, and the Caribbean Digital as well as through digital and analog projects undertaken by small collectives and individual scholars. For more than a century, this mode of intellectual labor, though unrecognized, undervalued, and even penalized, has shaped humanities knowledge production, implicitly and explicitly critiquing the limits of the university while transforming it. The survival tactics deployed by these scholars are a cornerstone of the strategies that have been identified as key to addressing contemporary challenges within higher education. And, perhaps more critically, their practices are poised to ensure long-term survival of a deinstitutionalized humanities in a future where the existence of humanities departments is far from assured.

As an “account,” rather than a “history” or “genealogy,” “Insurgent Academics” addresses these conversations thematically, tracing the ways academic insurgency has manifested in the scholarship of African diaspora, Latinx, Indigenous, Asian American, and postcolonial scholars through their practices at particular junctures. Themes addressed in the book’s chapters include: the urgent stakes of academic insurgency in contemporary higher education; the hyperfocus of critical university studies on the experiences of white faculty, administration, staff, and students; the embrace of interdisciplinarity by minoritized scholars as a multi-pronged approach to mitigating social inequities; the collaborations between scholars and communities that challenge the presumption that the university is the locus of expertise; the innovations in multimodal scholarship that communicate with audiences beyond the academy and put the tools for creation of knowledge in their hands; the mutable temporalities of academic life for scholars who engage in academic insurgency; and the ways academic insurgency offers a path for sustaining the humanities in uncertain institutional futures. Each chapter illuminates a theme by telling the stories of African diaspora, Latinx, Indigenous, Asian American, and postcolonial scholars, articulating how their public humanities work fuels the fires of academic insurgency as well as the dangers inherent in it.

The “Insurgent Academics” digital project that accompanies the book will provide a supplement to the ecology articulated in the volume through network analysis and data visualization. Drawing on a survey of contemporary scholars of African diaspora, Latinx, Indigenous, Asian American, and postcolonial studies who engage with public humanities, the digital project will model intellectual kinship networks of inspiration and influence among these scholars, from their self-selected academic ancestors and elders to the peers that constitute their chosen academic families. While the initial release of the digital project, concurrent with the publication of the book, will model data collected to date, users will have the opportunity to contribute their own data through a form on the site for inclusion in the data set. Therefore, the methodology of “Insurgent Academics” and its accompanying digital project is intended as an intervention that articulates the nature of academic insurgency not only in content but also in form.